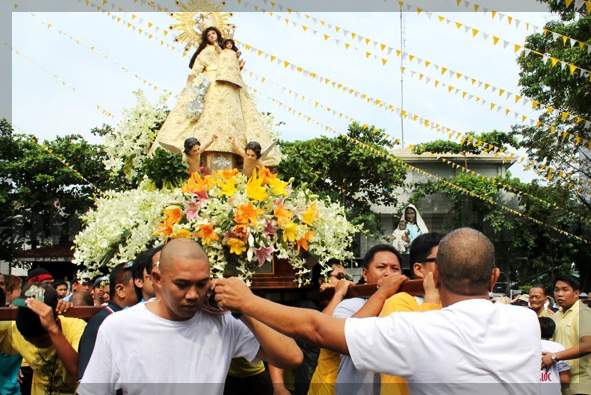 Nuestra Señora del Pilar, named “Nana Pilar” by the Imuseños, is the Patron Saint of Imus and is religiously celebrated every October 12.

The people of Imus widely commemorate the celebration of the feast day of the Our Lady of Pillar. Culminating the spirit of giving, the City Government launches programs and activities throughout October, known as Service Month, as it honors the miracles and blessings the image has bestowed to the Imuseños since 1694.

Every year, the Diocese of Imus commemorates the Patroness through a procession of the image and a holy mass.

The Recollects brought the image of Nuestra Señora del Pilar to Cavite on May 28, 1694. Since then, the people of Imus, particularly its devotees, have experienced miracles. One account came from Cardinal Luis Antonio Tagle—whose appointments as bishop, archbishop, and cardinal happened during October in different years.

Nana Pilar received a Canonical Coronation on December 3, 2012, in line with the celebration of the Golden Jubilee of the Diocese. 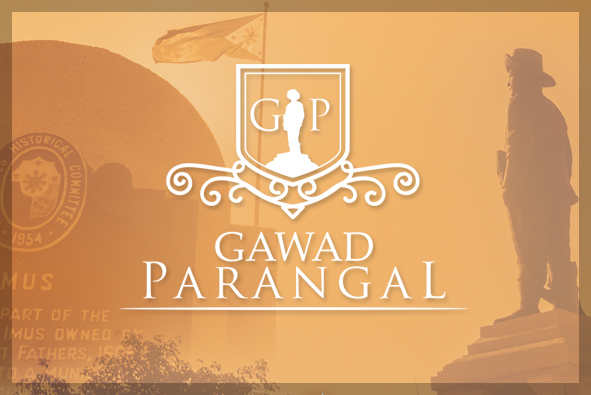 Gawad Parangal commemorates the establishment of the Municipality of Imus, Cavite, on October 7, 1775, independent from Cavite El Viejo (now Kawit). In this annual celebration, outstanding citizens of Imus are also conferred honors in the Gawad Parangal. Gawad Parangal Awards include: Gen. Licerio Topacio Award - the highest award given to Imuseños, who have achieved something extra special for the people of Imus. Gen. Juan Castañeda Award - this award is given to outstanding Imuseños in their chosen field of endeavor (Arts, Sciences, Medicine, History, Entrepreneurship, etc.) Gen. Pantaleon Garcia Award - this is awarded to an outstanding public servant, nominated by their peers. Gen. Cayetano P. Topacio Award - an award extended to outstanding students. Col. Jose S. Tagle Award - this is the young achiever’s award given to Imuseños, aged 39 years old and below who achieved something extraordinary. Gen. Flaviano A. Yengco Award - this is the award given to investors who have been partners of the municipality in business. This includes the Outstanding Taxpayers’ Award, Investor’s Award, and Posthumous Award 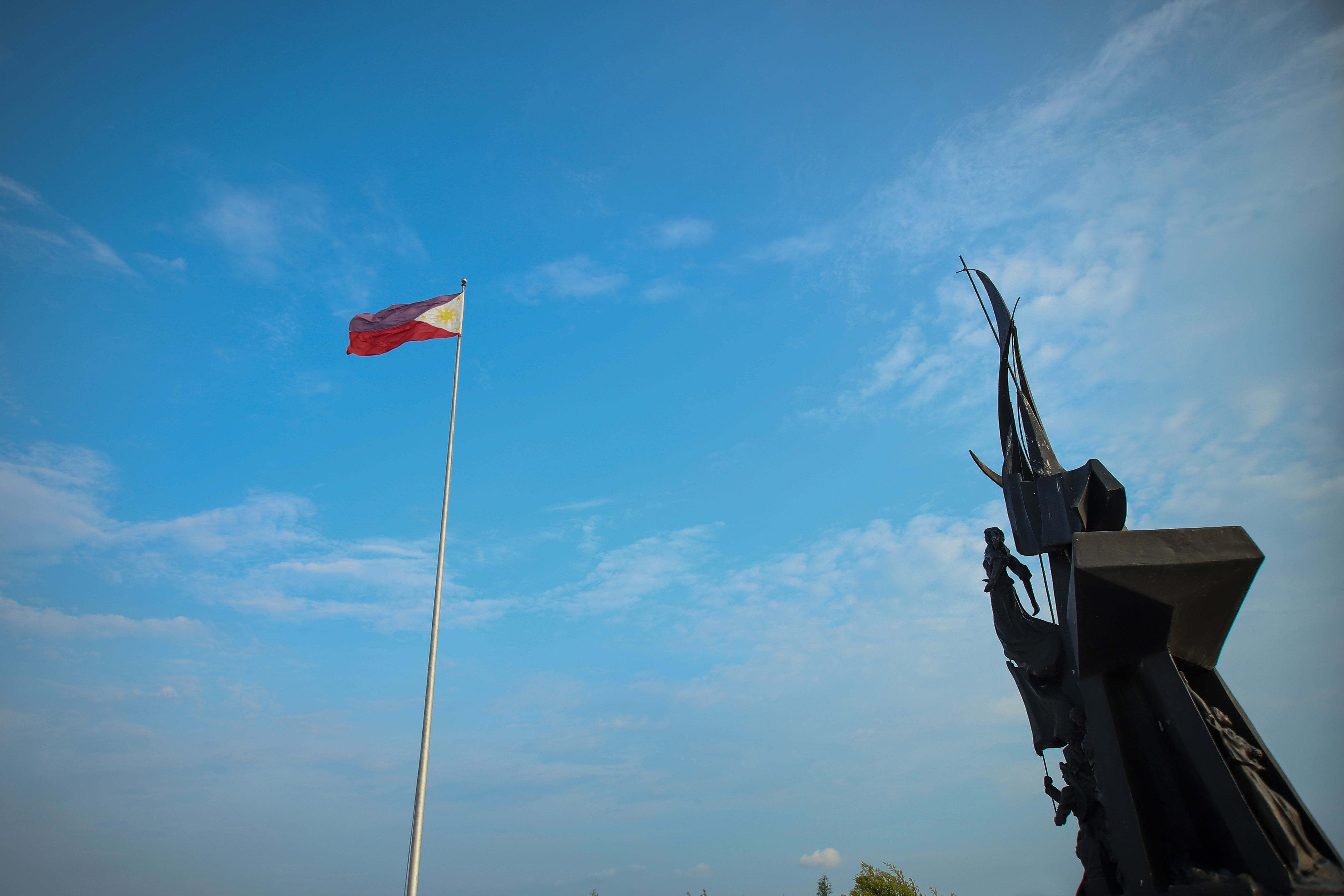 May 28, 1898, commemorates the triumph of the Filipino revolutionaries over the Spanish forces. This victory paved the way for the birth of the First Philippine Republic and is now celebrated as the Philippine Flag Day under the auspices of the National Historical Institute (NHI), the National Commission for Culture and the Arts (NCAA), Cavite Historical Society (CHS), the Imus Municipal Tourism Council (IMTC) and the City Government of Imus. This annual celebration aims to instill a sense of history in every Filipino and deepen his commitment to nation-building. 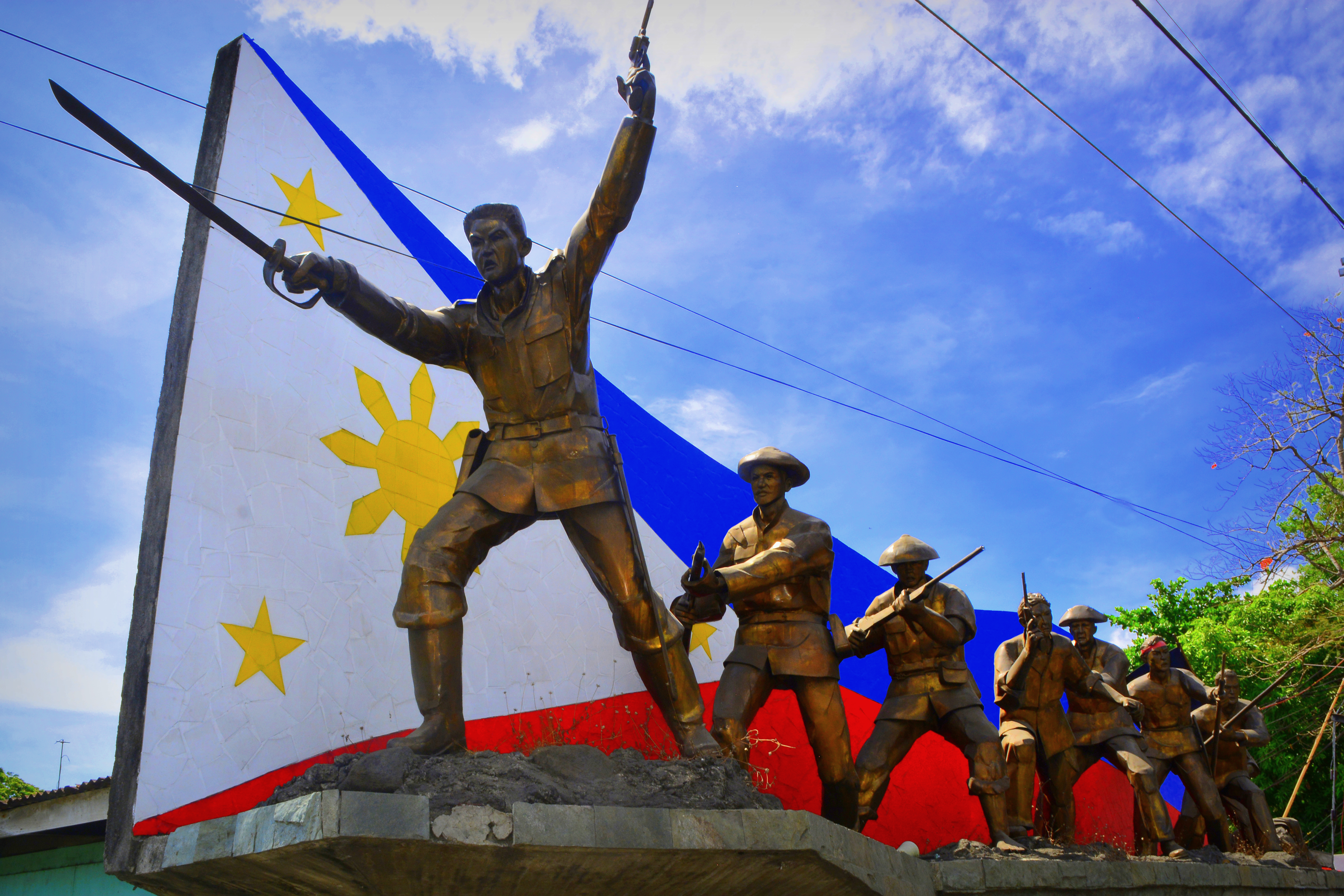 The Battle of Imus is considered the most decisive battle and a significant turning point in Philippine history. It emboldened the Filipinos to fight for freedom when the Revolutionary forces suffered several defeats at the hands of the Spaniards.

The Battle of Alapan paved the way for the birth of the First Philippine Republic. It is where the Philippine Flag, sewn in Hongkong by Marcella Agoncillo, received its Baptism on Fire on May 28, 1898. Located at the Alapan I Elementary School, the battle site is a 10-15 minute drive from the town proper. The location of this marker was highlighted by a 104 feet tall flagpole where the Philippine Flag proudly waves. The marker is set atop three large rocks, each encrusted with pasted cement. On the center of the rock is a statue of a woman boldly holding the Philippine Flag. The National Historical Institute declared the site as a National Historical Landmark through Resolution Number 5 Series of 1993, signed on May 26, 1993. 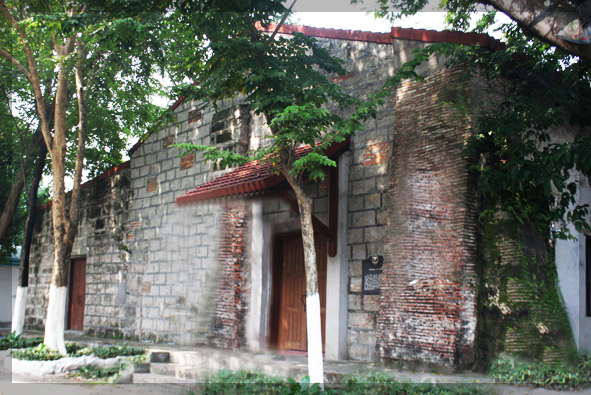 This fortress-like structure was once a metal foundry and workshop operated by Jose Ignacio Paua – a blacksmith of Chinese descent who made guns and cannons and repaired them for the revolutionaries. A plaque outside the building proclaims it as the “Arsenal ng Imus.” Inside the museum is a series of moving tableaus that take visitors back through time to relive historical scenes with realistic life-size figures set amidst painstakingly recreated settings. Each scene is set in motion with the help of hidden sensors, while informative and well-written captions present the facts surrounding each episode. Interspersed between these tableaus are colorfully detailed murals and relief sculptures of crucial figures in the Cavite Revolution, as well as fascinating trivia and little-known historical tidbits. Combining creativity and modern technology, the Imus Historical Museum presents an eye-opening view of local history in an appealing, more exciting light to increase the awareness and pride of the Filipinos in their nation’s history and patrimony.

It is also one of the city’s scenic attractions which was refined and beautified in 1990 through the funding assistance from Philippine Tourism Authority. Its total rehabilitation is programmed by 2009.

It is an exponent of old Hispanic Architecture and exudes an ambiance conducive to monastic life and spiritual meditation. The colors may have darkened with time; nevertheless one would not fail to notice the red colored bricks that make up the arches and walls of the place. Latin inscription accentuate the arches of the church. 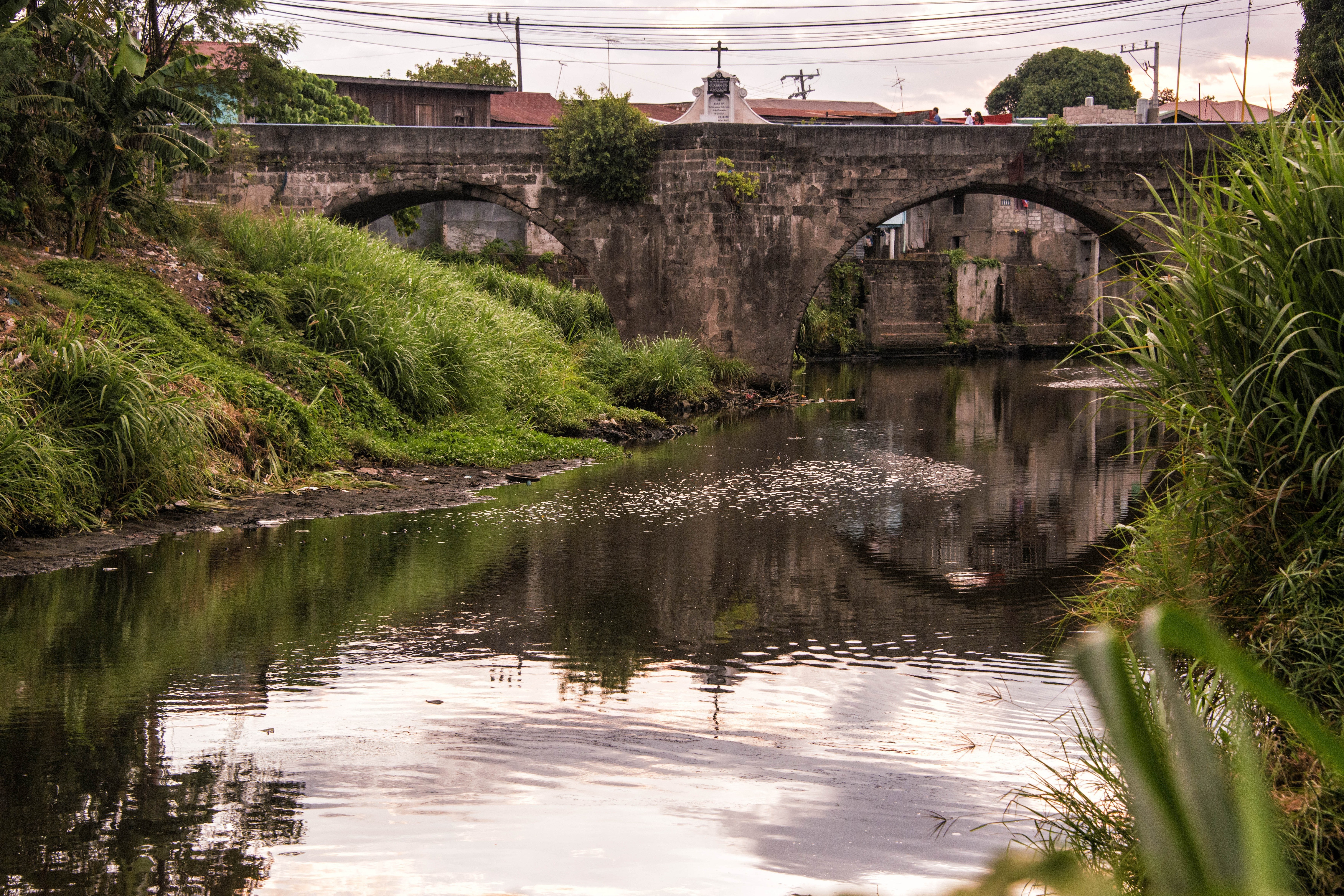 Located at Palico and a two-minute drive from the town proper. A concrete arch bridge with marker, it signifies the battle that took place the Philippine-Spanish war. 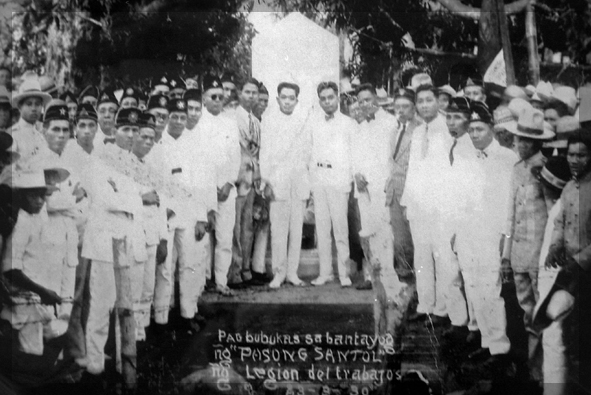 A 10-15 minute drive from the town proper, is the site of the battle against Spanish force in 1897. It is located in Anabu II.